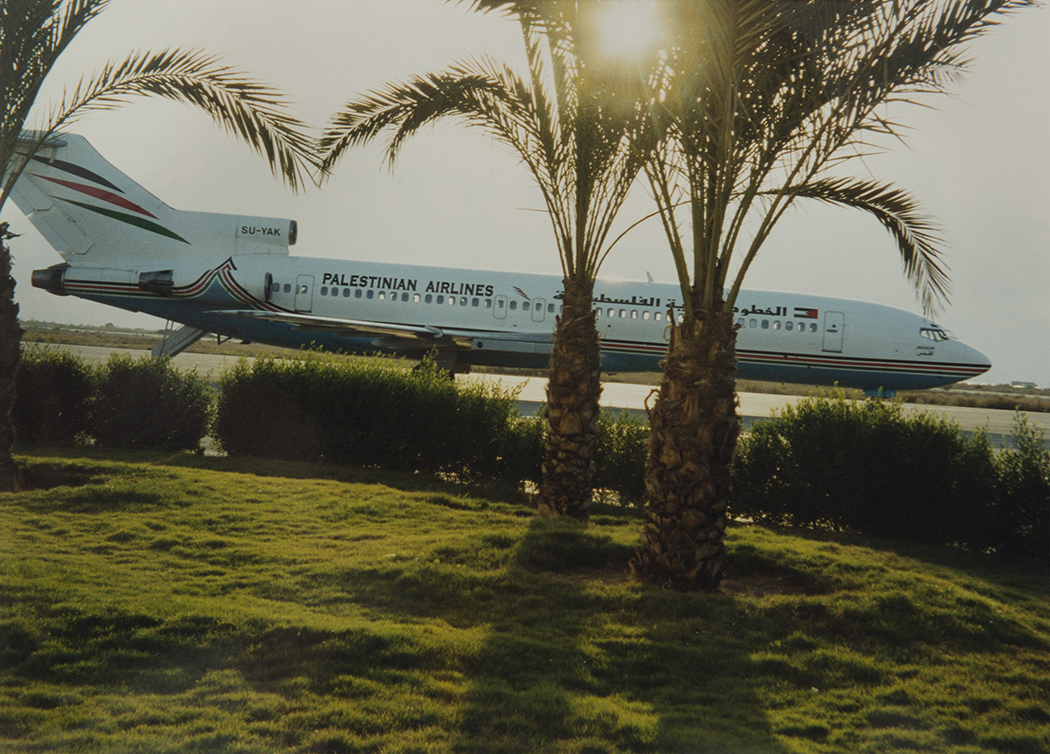 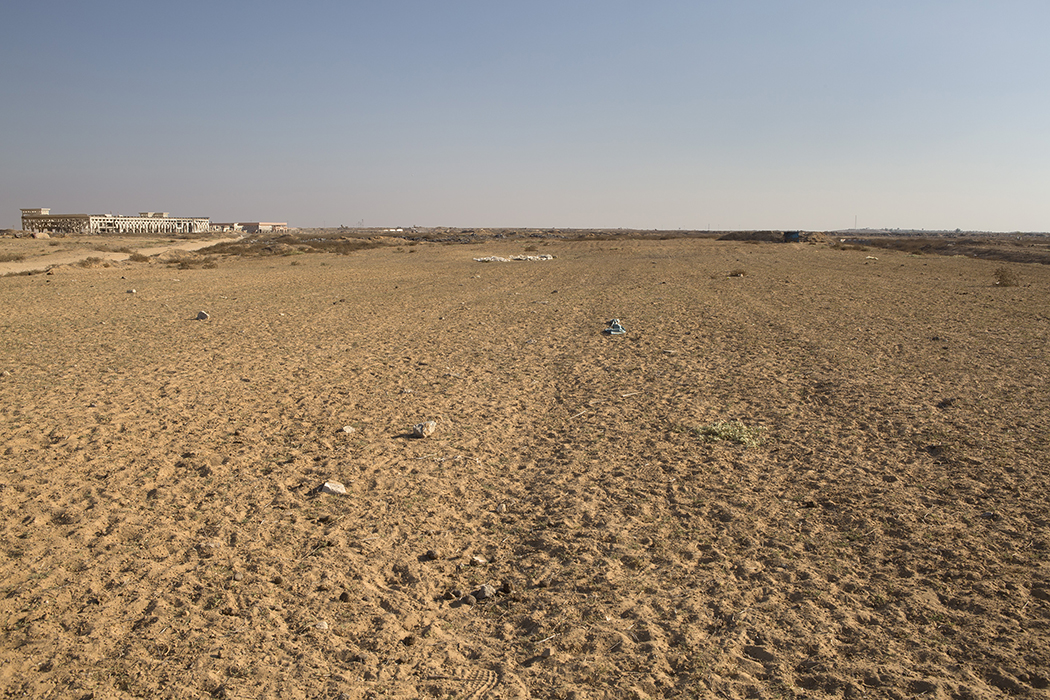 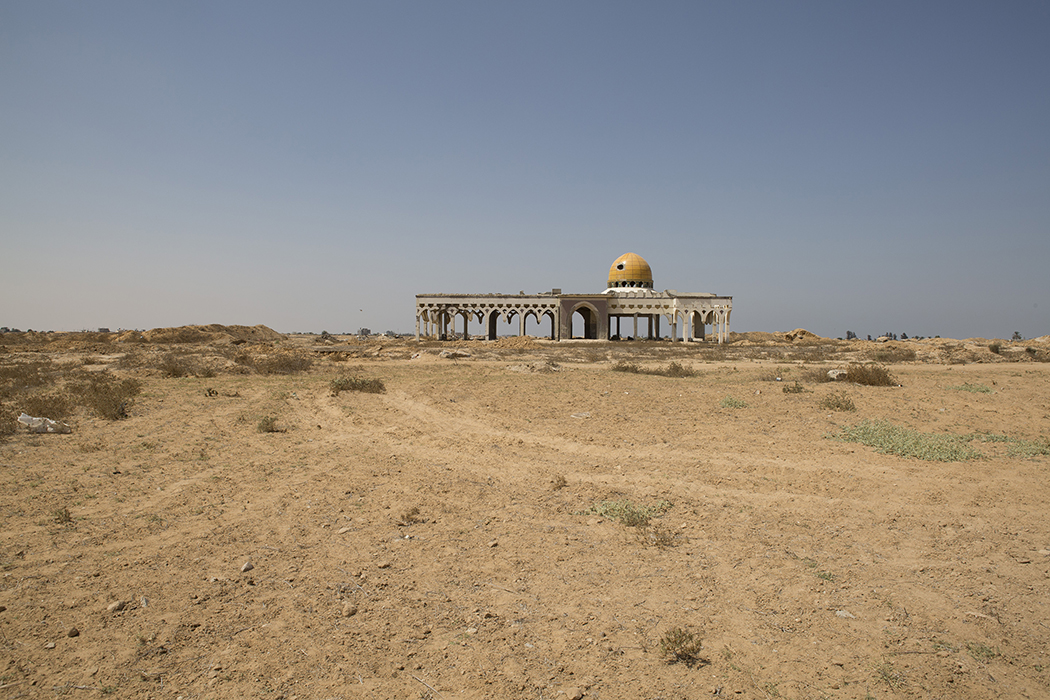 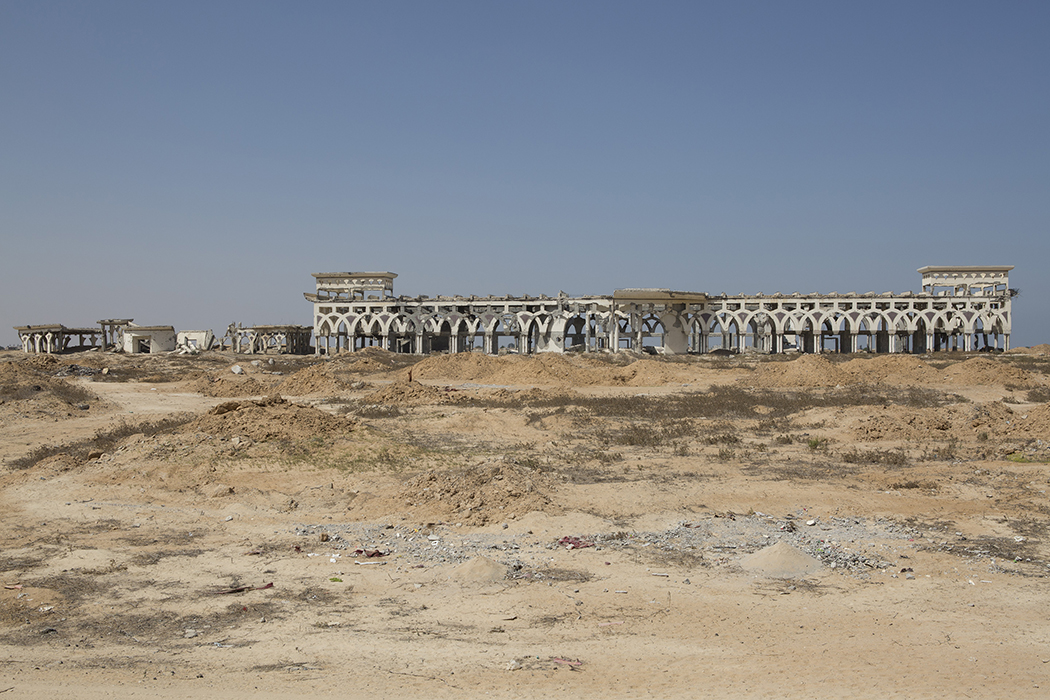 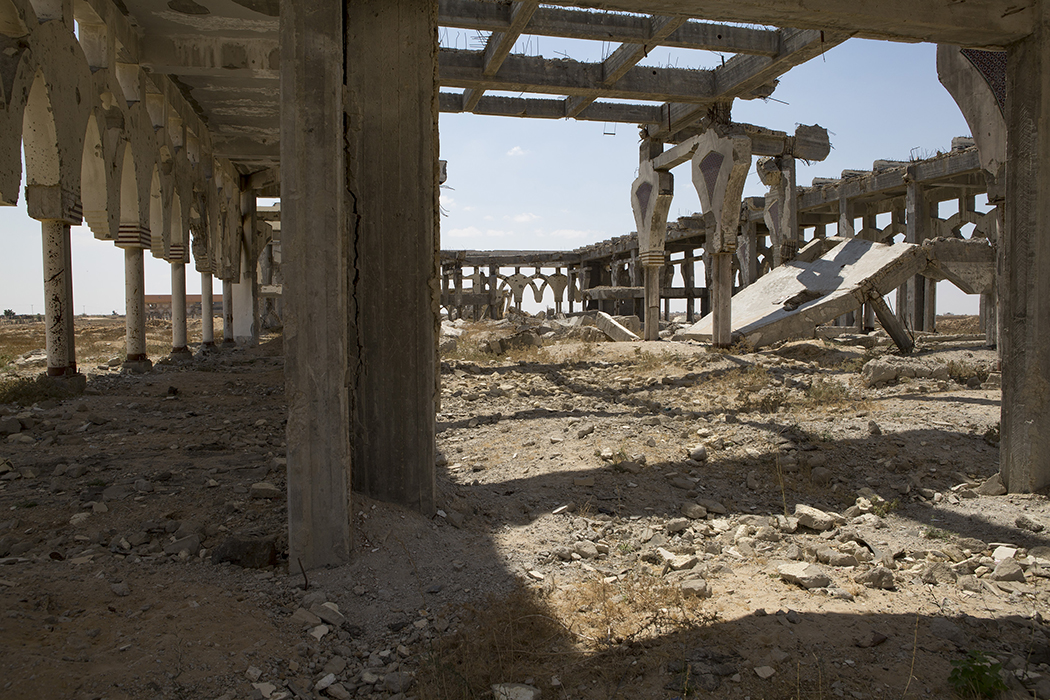 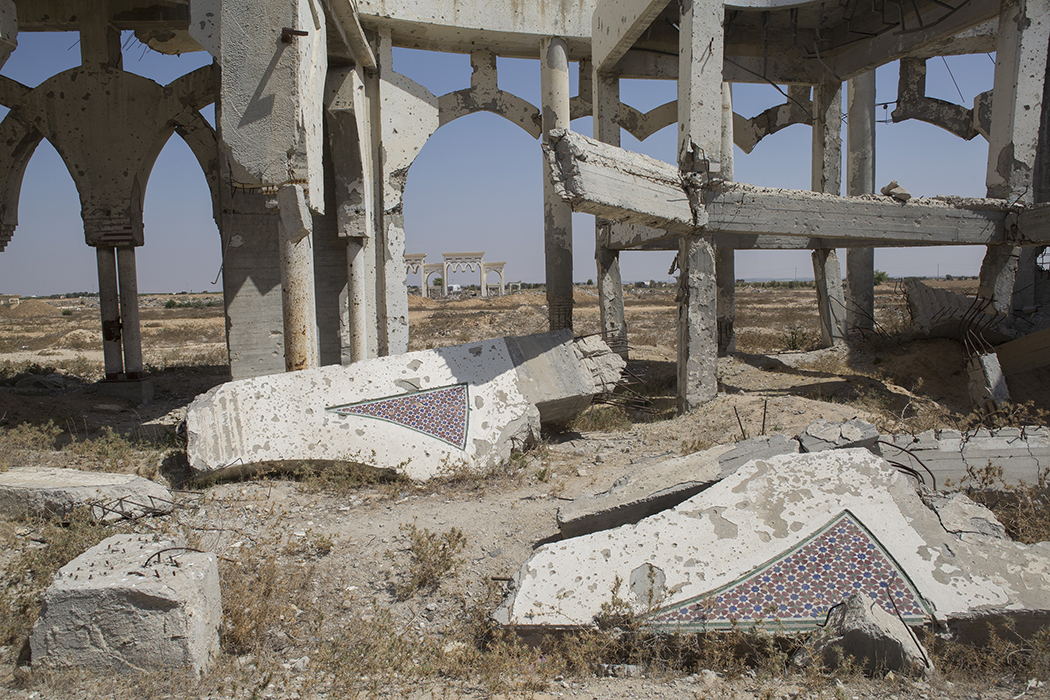 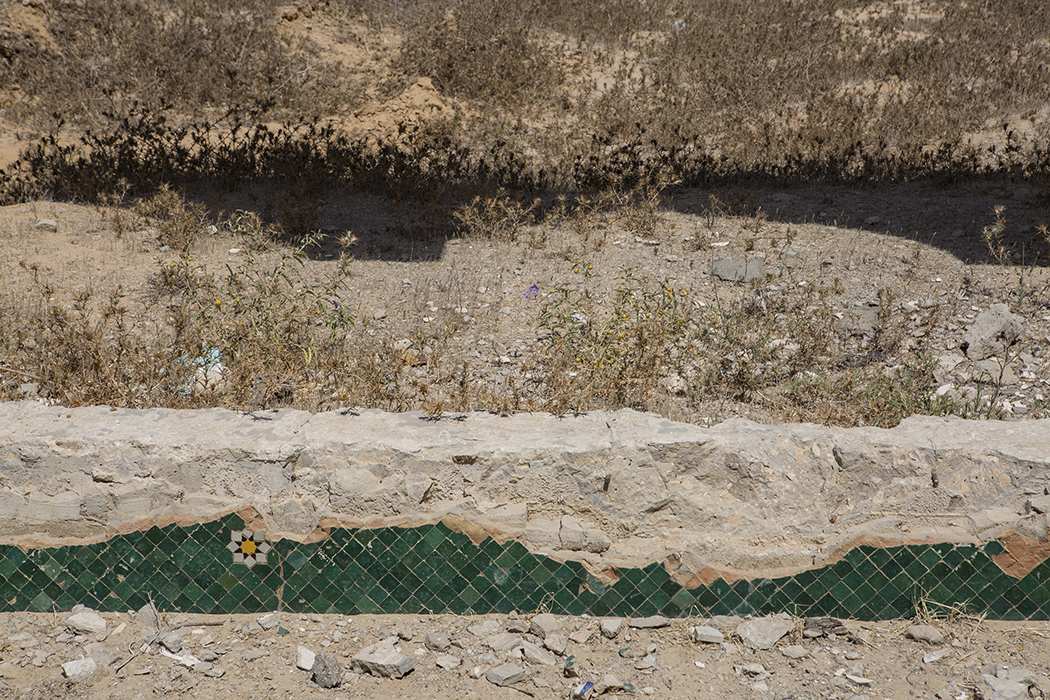 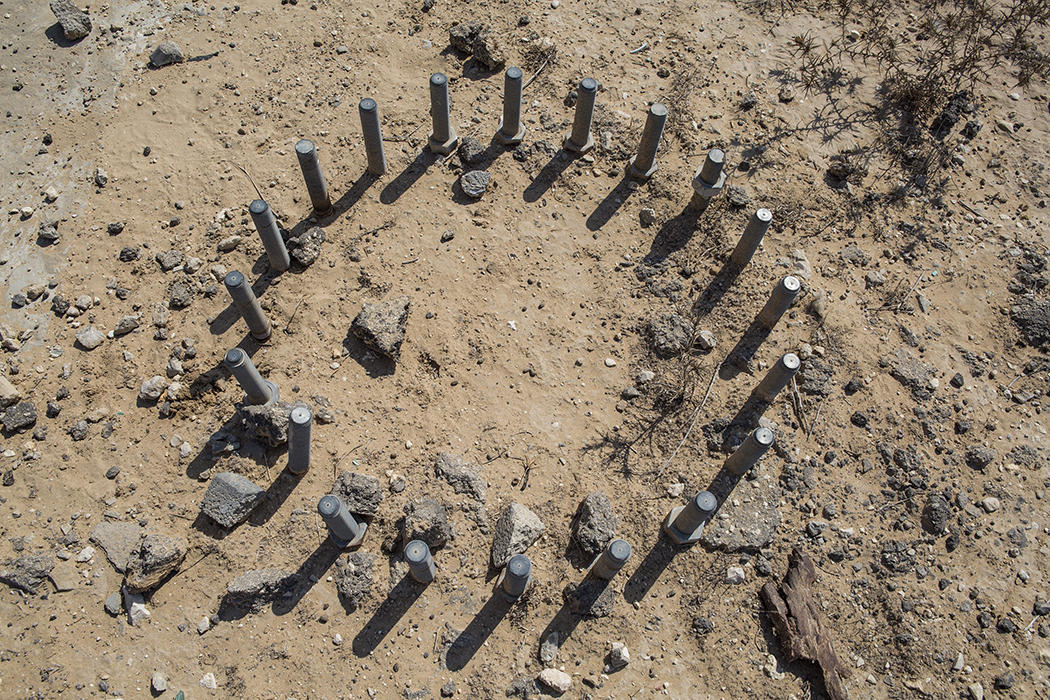 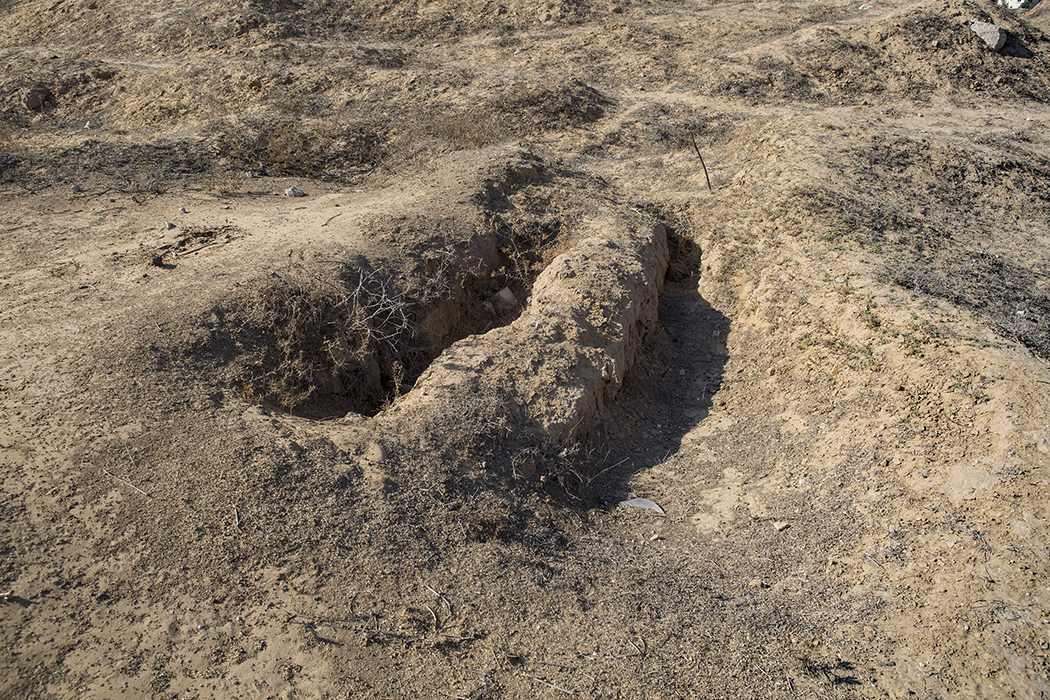 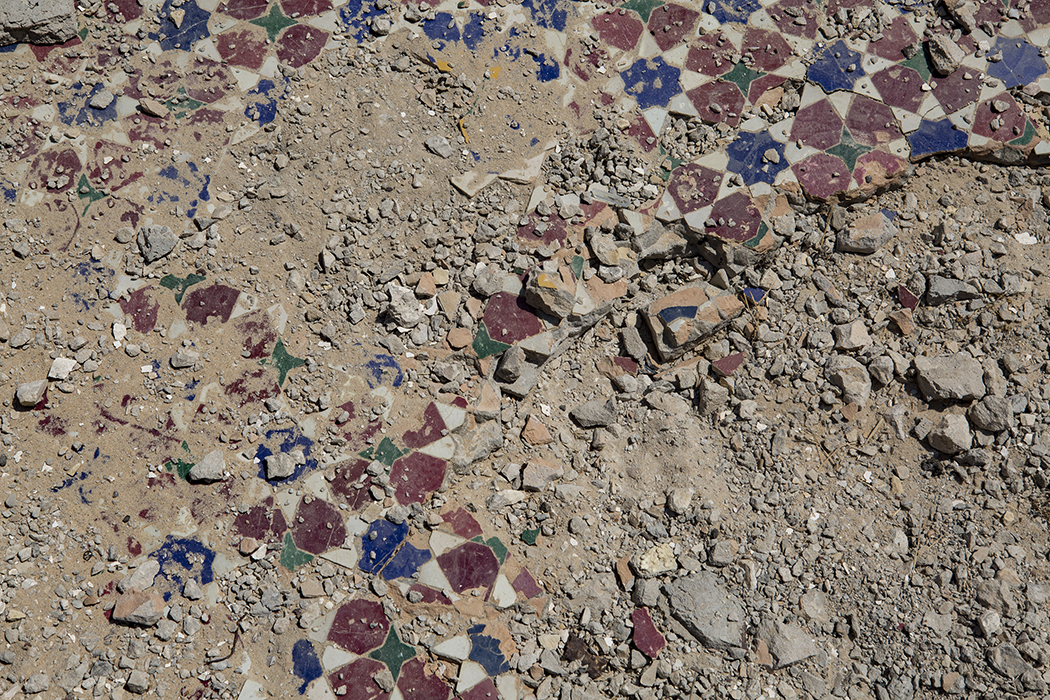 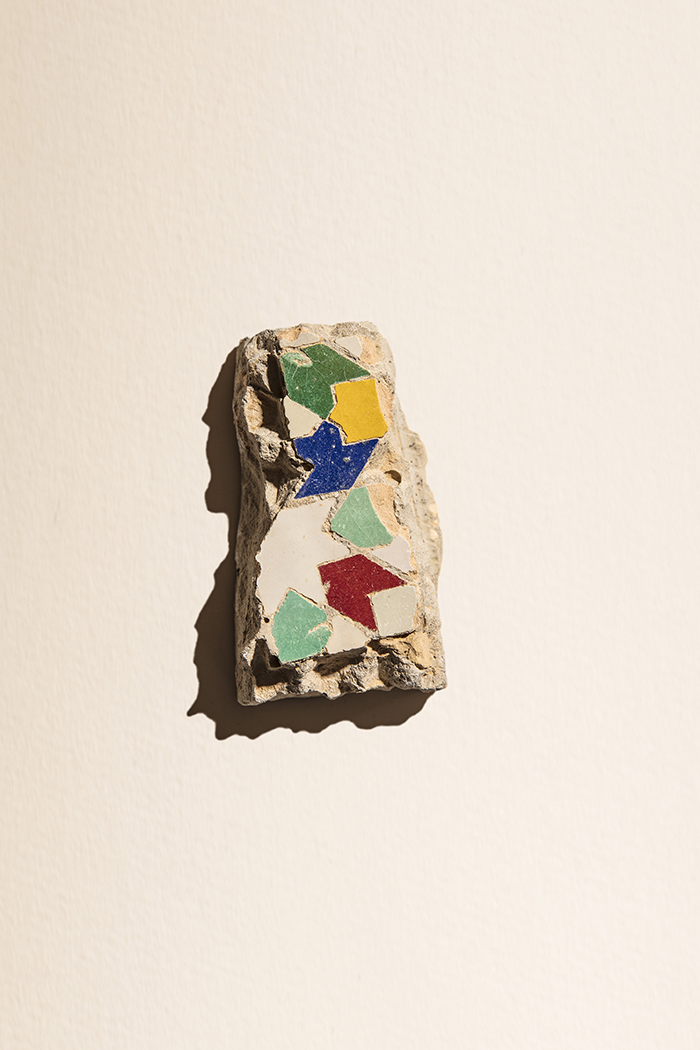 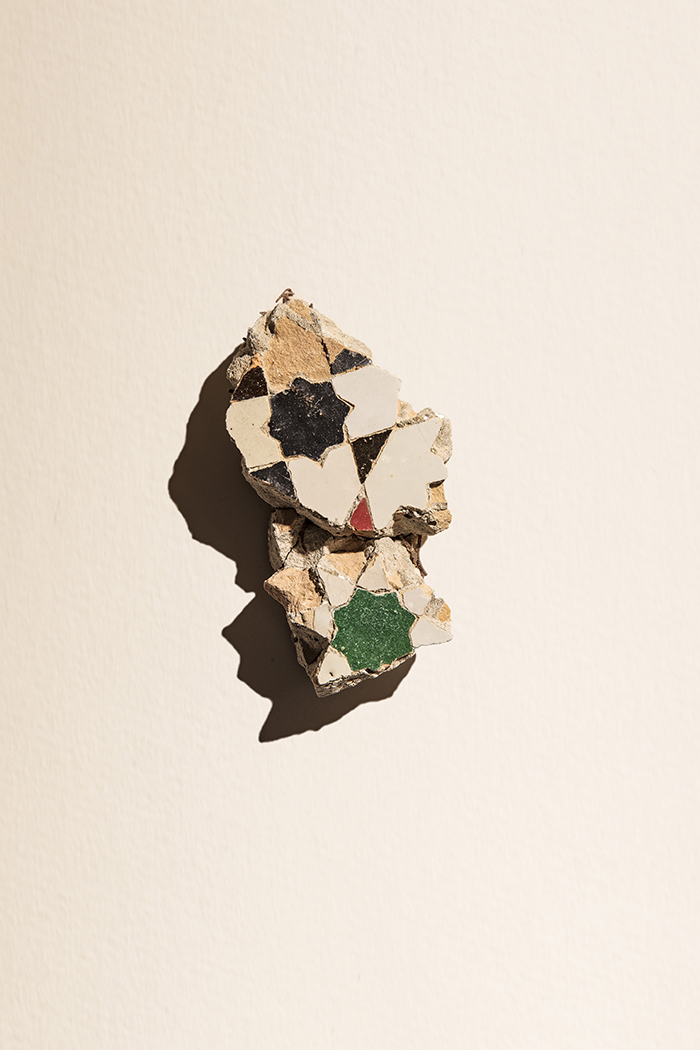 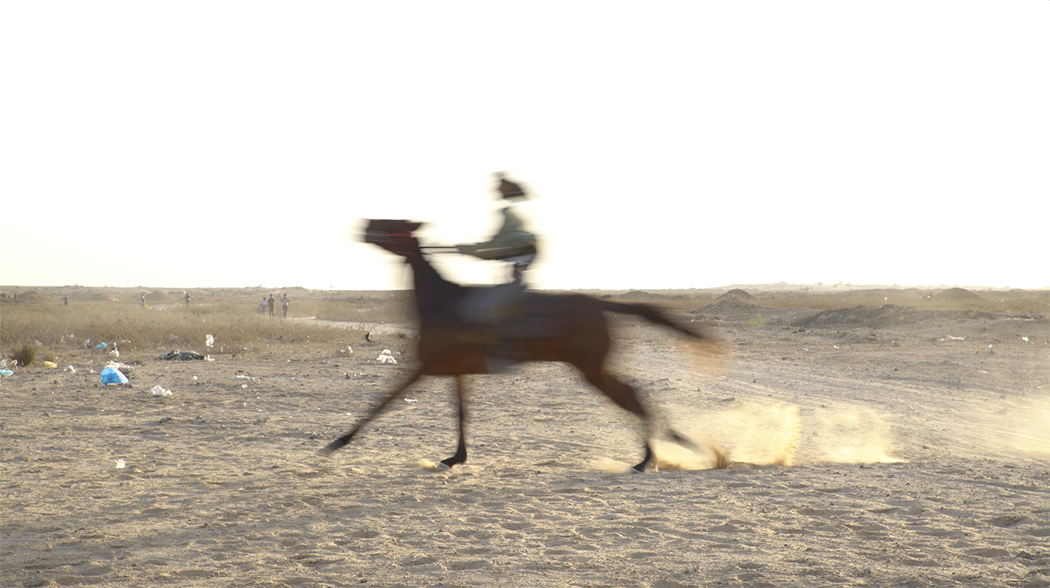 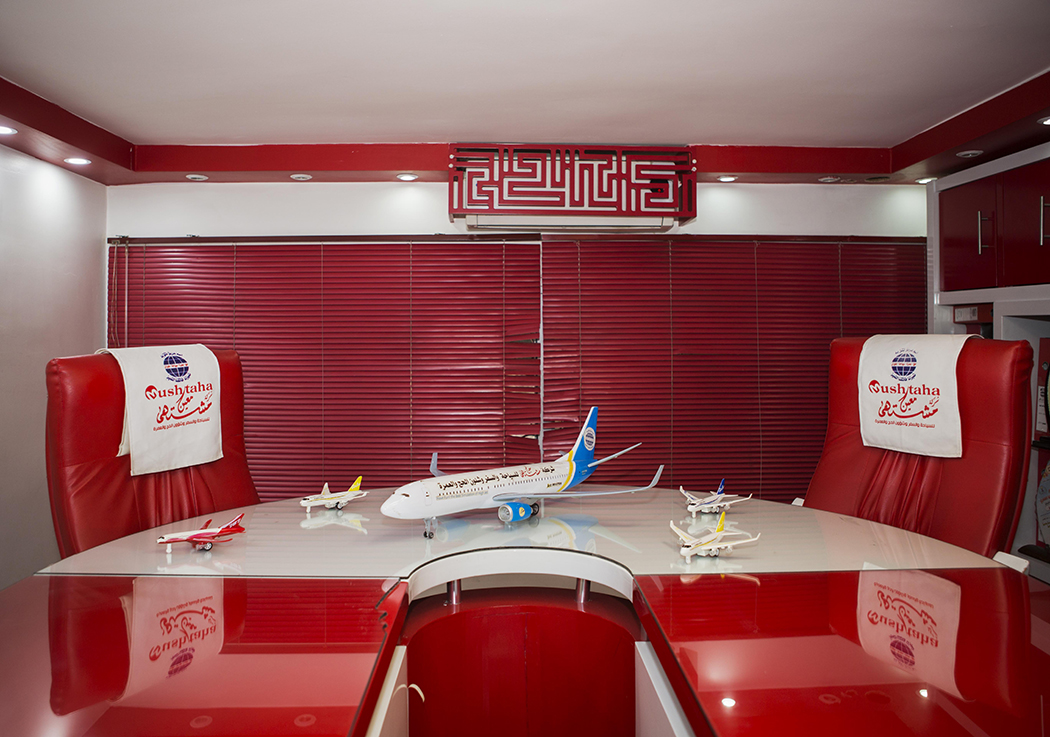 “ The formation flew backwards over a German city that was in flames. The bombers opened their bomb bay doors, exerted a miraculous magnetism which shrunk the fires, gathered them into cylindrical steel containers, and lifted the containers into the bellies of the planes…” Kurt Vonnegut from Slaughterhouse-Five.
GZA was the code for Yassir Arafat International Airport in Gaza, opened 1998. The flight control tower and radar station where destroyed 2001 by Israeli forces during the second intifada. In 2002 the runway was destroyed as well. The Airport has been closed since then. Inspired by the words of Vonnegut from Slaughterhouse-Five, Kent Klich tells the history of the airport in reverse with photographs of the empty ruins of present day, bits of mosaic that once covered the walls of the buildings, video footage of the airport from when it was functioning and architectural blueprints and plans for flight routes in a future never realized. GZA becomes a work about the Palestinian dream to overcome isolation and to be able to move and travel freely without restriction.
Since the beginning of the 2000’s Klich has been working continuously with documenting life in the Gaza strip. The collaboration and relationship of respect between photographer and the person being photographed is clearly visible throughout Klich’s work. However, the people shine in their absence in this exhibition. It is this void of human life that tells us the strange story of an airport without arrivals and departures. Still, it is a story very much about people. The airport in Klich’s work becomes a powerfull metaphor for the marginalization and restricted life of the people living in Gaza – flight in itself functioning as a universal symbol of peace and freedom. A bombed-out civilian airport is like a wing-clipped dove.